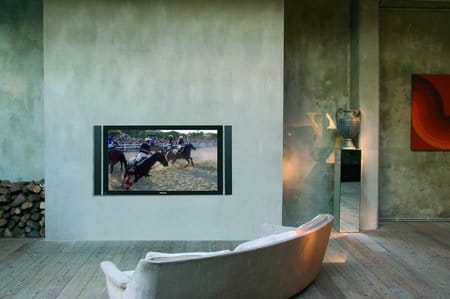 Incorporate A Plasma TV Into A Room’s Design

One of the amazing things about plasma televisions is the multitude of options they create for interior designers. The main feature benefit of the plasma is its slim profile. When switched on, a plasma television can dominate a room, but when switched off it can become an unobtrusive wall hanging.

Of the many design options, camouflage remains one of the most popular. In the living room, a plasma television can be inset in the wall and easily covered by a sliding panel to hide the unit when not in use. That would have been impossible with a bulky CRT television. The sliding panel can hold a mounted print and act as a contributing member of the decor.

There is another interesting technique used to incorporate a plasma television into a room’s design inside a friend’s master bedroom. The TV was mounted with a gilded frame to cover all but the screen itself, and placed at the foot of the bed, on the wall above a dresser. The reflective nature of the powerless screen, combined with the frame to give the appearance of a large dressing mirror. Then, with the push of a button the screen can come to life.

Some designs will choose to embrace the modern style of a plasma television instead of hiding it. It’s becoming common practice to wire your home more creatively, and a plasma TV can benefit from this. With a little work, or planning curing the construction phase of your home, you can create a small alcove behind the television’s mounting location. This niche can contain outlets for both power and data. The plasma screen could then be plugged in and hung with no visible wires. This simple demonstration of technology follows the worldwide embrace of all things wireless. The appearance of wireless downplays the complexity of the plasma display itself, and eliminates all distractions from the picture itself.

If you buy a plasma television, take the extra time to incorporate it into your home. Blending your plasma display with a little class makes the unit itself, and not just the picture, a treat for the eyes. Adding a bit of style to the television will make the addition to your home more interesting and impressive to all those who visit. 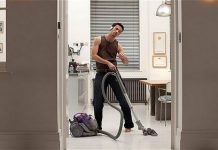 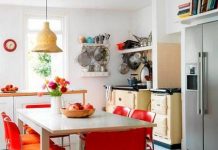 Antique Bookshelves In Your Home Library

How To Make An Indoor Garden?

Decorating With A Hall Table